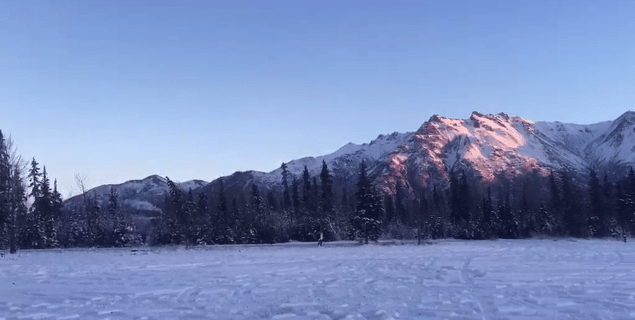 Air quality in the Mat-Su Borough has been in the news recently.  There have been rumors about people taking away wood stoves and threatened fines for air pollution.

The Butte does have a problem with blowing silt and there is obviously nothing that can be done about that.  These are larger particles which, although still a problem for susceptible individuals does not cause as much as a health risk as the smaller particles caused by smoke.

EPA has certain air standards for a lot of different types of air pollution, the PM10 and PM2.5 are only two of those.  The Butte monitoring station which is just off of Mckechnie Loop Road recorded a few days in January and February of 2017 where the PM2.5 levels were over EPA standards.  Most of the PM2.5 particulates were probably caused by wood burning.

After stifling my initial anti-government reactions about taking away my barrel stove I started to think more about this. I owe this to my friend  and fellow Realtor Larry Ficek  for encouraging me to read a book called Thinking Fast and Slow  I started to have more and more questions about this.  Every piece of information seemed to raise more questions.  I have since found answers to some of the questions, partial answers to some of the questions, and some questions still remain without answers.