Every Time I Say Rates Are Going Up…They Don’t! 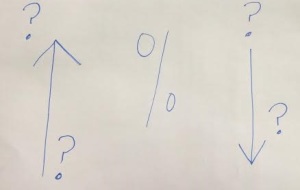 For years now I have been warning buyers that interest rates are going to go up. First time home buyers have come to expect the low rates we currently see.

Rates in the 4% range were unheard of when I started in real estate. We were dealing in double digit rates and thought it was a revolution when they dropped below 10%. During most of my career, rates have been in the 6-8 percent range and I have been expecting them to move back up to that.

They are hovering around 4% and a little lower for years now, (I had a client close at 3.75% last week). That is because the Fed Rate is at or near zero. I have heard recently that it could drop below zero–is that even possible?

So we have been hearing that the Fed is going to ease QE, (quantitative easing). It’s crazy that we even know what that means. Easing QE is bound to send rates higher. At least that is what everyone says. And who knows, they might…but they might not too.

Now comes an article on Inman News that says Europe’s crummy economy is going to make our rates stay low.

WHATEVER !!! I’m done with trying to predict interest rates.